Our favourite correspondent, Jason Anonymous, just missed our strict press deadlines for last week’s FA Trophy Weekly Review. However, he made a fine observation. Recalling the ‘meat’ theme from previous editions of the FA Trophy Weekly Review, he noted that each tie had a meat team in it. NeedHAM Market faced Stockport County (also known as Stockpot Country, of course), and WrexHAM travelled to Notts County. There was no suggestion of 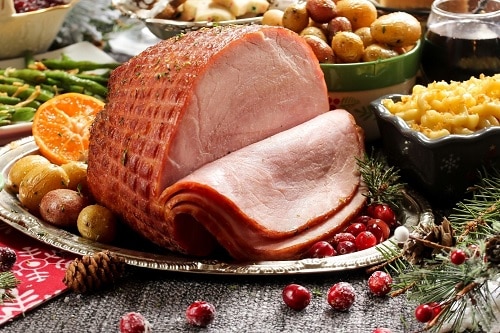 Nottingham County, we were pleased to note. Then, there was a double bill with DagenHAM & Red Wine playing York HAM City. This left Bromley v Solihull Moors. It looked as though this tie might spoil things unless you spot the ‘moo’ in Moors. That saved Jason’s bacon.

And, then there were four

Two quarter-final ties went to form, but two of the lower-placed sides won their games this weekend. On Friday night, Wrexham bounced back from a 1-0 deficit to win 2-1. Wrexham, currently third in the National League, are in tip-top form, but they still struggle to catch up with league leaders Stockport, a team in even better form. Meanwhile. Notts County have slipped to 8th place after some patchy results. Stockport proved too strong for the Southern Premier side, Needham Market, running out 3-0 winners (see full report). Bromley, who have slipped to 9th in the National League, regained kept their chances of silverware alive with a 3-1 win over 6th placed, Solihull Moors.

The only National League North side left in the competition, York City, made an amazing comeback to book their semi-final place. Trailing 1-0 to Dagenham & Redbridge for most of the game, York City equalised with the last kick of the game from the penalty spot. Clayton Donaldson’s match-saving 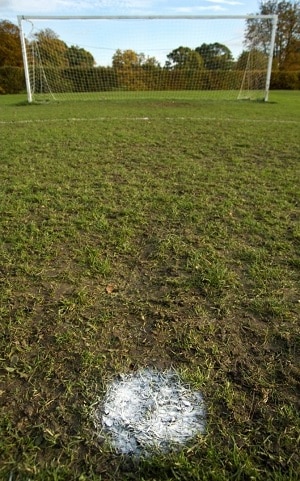 penalty was a ‘Panenka’. In the ensuing penalty shoot-out, The Daggers led again but missed the final penalty, which would have sent them through. York City eventually ran out 7-6 winners on penalties.

Big Maccs all round (more meat?)

After going into liquidation, Macclesfield Town have risen from the ashes. In front of 4,000 fans, they defeated Ashton Athletic to win the North West Counties Premier League title at the first attempt. Robbie Savage, who rescued the club with local businessman Rob Smethurst, was cock-a-hoop, as they used to say in the 1970s. Winning the title means that the Silkmen move up to the Northern League next season.

The non-league win of the week was arguably Leatherhead’s 2-1 win at Corinthian-Casuals. The Isthmian League Premier basement club scored in the last minute through Cameron Black to win by 2-1. However, they probably need to win five of their eight remaining games to avoid the drop. The bottom two in the Southern League Premier South, Merthyr Town and Wimborne Town, locked horns on Saturday, but it was a 2-0 win for the home side, but both will need to show the same form that Leatherhead needs to escape a drop. One of the teams I met on my FA Trophy trail was Whitehawk. After a poor spell this season, they are starting to pull away from the bottom of the Isthmian League South East Division. Javaun Splatt struck in the 83rd and 89th minutes to give Whitehawk a 2-1 lead over VCD Athletic and then a 3-2 lead. One of the VCD Athletic goalscorers was 43-year-old Kevin Lisbie, a former Charlton player, who scored a hat trick against Liverpool in 2003. At Charlton, he was always known as ‘promising young Lisbie’. He is still referred to as ‘promising young Lisbie’ to this day.

Limited vocabulary: nothing to laugh about

Efficiency is often at the centre of successful economies, so we are told, but it also applies to verbal communication these days, it seems. This weekend, a 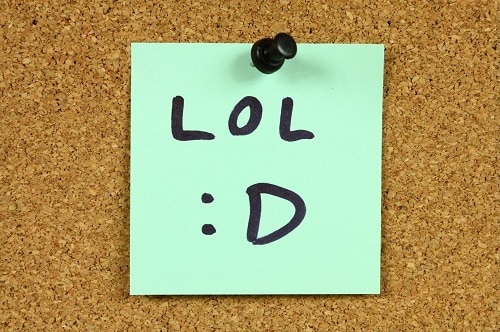 young man on my train to Needham Market limited his conversation to one of the three replies. Talking to a pal, he either replied: “truth”, “wicked”, or “no way”. To aid interpretation, dear reader, I believe that “truth” means yes. “Wicked” means great, or that’s great – there may be a further nuance I missed here. And, “no way” is a way of showing surprise if it ends on a high note or, simply, no if it doesn’t. Actually, there was a fourth response. He spelt out “L-O-L” on two occasions. Do youngsters not laugh anymore if something is funny?

My outsider bet was York City in the quarter-finals, and, for once, I chose well as York City managed to win away at National League mid-tablers, Dagenham & Redbridge. Head on the block returns for the semi-finals over the 2nd/3rd April weekend with a slightly different twist. I understand that there is a good chance that the TV companies may feature the semi-finals and demand kick-offs at 3 am or some other convenient time.

Outside a church Needham Market, there was a blackboard where children could write messages to the victims of the war in Ukraine. Of course, this is all very laudable, and some children had left some thoughtful messages. One child wrote, “I pray for UK rain”. Well, God answered that child’s prayers as it peed down on Friday afternoon, leaving me to take refuge in The Swan pub. That’s it for this week. I hope you said L-O-L a few times.