Nineteen teams left the 2021-22 FA Trophy in the First Round Qualifying over the weekend before last. This weekend, 69 more teams 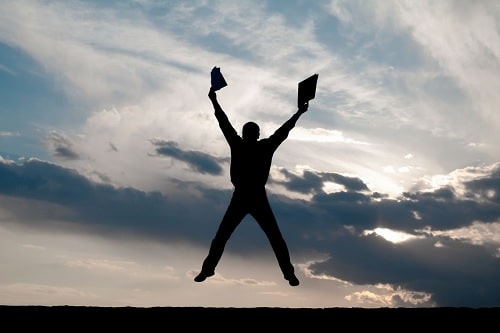 will be exiting the FA Trophy as the competition gets into full swing. Sadly, one of those teams will be Whyteleafe, who had to withdraw from the Isthmian League following the purchase of their ground by Singapore-based Irama Sports. In turn, they have had to withdraw from the FA Trophy, giving South Park a walkover. It’s not so much a case “Oh my God, they’ve killed Kenny” as who killed Whyteleafe?

Step two in my trail to Wembley

For the First Round Qualifying, I reviewed all 19 ties briefly. However, reviewing 68 Second Round Qualifying ties is a rather tall order, so I have picked some highlights. Of course, I will start with the trail I am following from Hashtag United to Wembley Follow the trail. The second game takes me to Aylesbury United, who face Chipstead. Chipstead beat Hashtag United convincingly by 4-1 in that game but may find Aylesbury United more formidable opponents. Last weekend, Aylesbury United put up a solid performance against National League South opposition Ebbsfleet, as they lost by a single goal in the FA Cup.

For those looking for a former Football League club in the draw, you need to look no further than Workington AFC. The Cumbrian team face Dunston from the Tyne & Wear area. Workington’s ex-managers include Bill Shankly, Keith Burkinshaw and Ken Furphy. In 1965, they finished in third place in Division Three (League One to younger readers).

I’ve always been suspicious of teams with an ampersand in their name. Of course, Brighton & Hove Albion is OK as the city’s name is, indeed, Brighton & Hove, not Brighton. When two ampersand teams meet, it may be a rarity but is becoming more common. In the draw for this round, Maldon & Tiptree face Felixstowe & Walton. Tiptree is, of course, famous for its jam, while supporters are still talking about their FA Cup 1st Round victory over Leyton Orient two years ago. Although Felixstowe and Walton are 41 miles apart by road, it’s a different story by boat. They are just a decent Sunday row across the Stour and Orwell estuaries by boat. Note: Don’t try this without a sufficiently qualified person.

Where in the world?

Several ties caught my eye as I wouldn’t know where to head without my car’s satnav.  Amongst the unknowns to me are Yaxley v Biggleswade, Highworth Town v Plymouth Parkway, Marske United v Glossop North End, Melksham Town v Basingstoke Town. I hope the away teams either have a better knowledge of England than me or have reliable satnav. I recall playing a Sunday morning football game in my youth when three drivers claimed they knew the way to a village in Kent, yet all left the meeting place in different directions. By the time the third car arrived, we were 1-0 down, having played 40 minutes with seven men. The arrival of the missing four did not help matters as we lost 6-0 in the end.

The rise of FC Romania

There’s a river estuary theme this week. Bristol Manor Farm v Paulton Rovers is a local derby. Rovers will be crossing Bristol to play on the Avon estuary against the farmers. Meanwhile, Marlow will be entertaining FC Romania, the Cheshunt-based Club that has risen from playing on Hackney Marshes in the London Sunday League to the Isthmian over the last 15 years or so.

Each round, I am going to choose my banker win. For this round, I am picking Chichester City to beat Great Wakering Rovers. If I’m wrong, it’s £10 for each goal that Chichester City lose by to a charity of my choice. I’ll let you know how I get on. Come on, you Lilywhites. Sorry, Rovers.

Are you following my FA Cup trail to Wembley? Take a look at my report on Yate Town v Redhill.