Hashtag United on the rise

I’ve now witnessed five rounds of the FA Trophy, which means I have seen five losing teams. It’s time to catch up with their fortunes since those defeats. In the 1st Round Qualifying, Hashtag United succumbed to Chipstead. Since then, The Tags have moved up the Isthmian League North Division to a mid-table position. Last Saturday, they came back from 3-1 down at half-time to win 4-3 at Great Wakering Rovers with the winner in additional time. Hashtag United refer to it as the ‘game of the season’ – highlights here.

In the 2nd Round Qualifying, I saw the end of Aylesbury United’s FA Trophy campaign. Since that defeat, The Ducks have gone well and are

now 8th in the Southern League Division One Central. Whitehawk have had mixed results since their exit from the competition, but on Saturday, they won convincingly at Sevenoaks Town by 3-0. Chipstead and Leiston have had a more challenging time since their more recent exits, with Leiston’s defence leaking goals in recent weeks. We’ll keep following these teams as the season progresses.

The meats in football teams produced a spurt of offerings (and, indeed, ‘offalings’ with Liverpool and Liversedge), particularly from our regular correspondent, Jason Anonymous. Best effort goes to 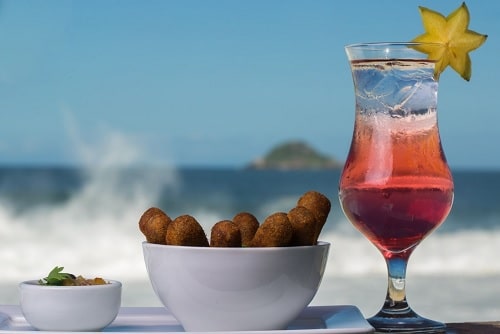 Kenny Stowmarket with Horsham, which has two types of meat, not that I’ve tried horse meat to my knowledge. Still, there was something for vegetarians with Nuneaton Borough. Jason offered to turn the topic to drinks and commented that many teams must have ‘ale’ in them, but then went silent. Maybe, he had too many (Alder)shots. Fat Rophy seems to have had a full postbag on the meat topic.

Congratulations to Yeovil Town, conquerors of Stevenage by 1-0 in the 2nd Round of the FA Cup last Saturday (see report here). Their reward is an attractive home tie with AFC Bournemouth. The other non-League survivors are Boreham Wood, Chesterfield and Kidderminster Harriers. Boreham Wood ran out 4-0 winners against St Albans, which gives them a home tie as well, curiously against another ‘AFC’ team – in their case, less attractive opposition from AFC Wimbledon. Chesterfield have a dream tie at Stamford Bridge while Kidderminster Harriers entertain Reading.

Finally, an email arrived from someone called ‘MeNotHim’. The author asks if I can settle a marital dispute. It reads as follows:

“I found you on Twitter. You seem to know a lot about the F.A.

Trophy. My husband is a Wimbledon supporter and says that Wimbledon won the F.A. Torphy (sic) once and were losing finalists 3 times. He is certain he is right. We even had an argument over it. I know he is wrong from growing up with my dad. Please answer and save our marriage.”

This request puts a lot of pressure on an untrained marriage counsellor. Firstly, it’s best not to get into a big argument when Mr Google is at hand to provide a quick solution before things boil over. Secondly, I am not qualified to know what is most likely to save your marriage. You are, MeNotHim, right; they have never appeared in an FA Trophy Final. I think your husband is thinking of the FA Amateur Cup – indeed, they won it once after losing three finals. If he says, “See, I told you, the FA Amateur Cup is the same as the FA Trophy”, I suggest you use Google.