Getting to know Bishop’s Stortford 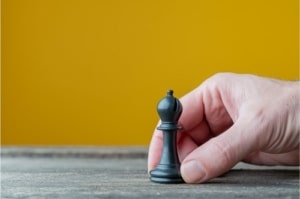 beat Liverpool 2-1. King George of Wembley decided to lay on the pitch after scoring that goal; to be fair, it was a half-decent goal. If you’re under 60 years of age, you may want to use Google to understand more fully.

Over 50 years after that FA Cup Final and 30 years after the Bromley game, I returned to Bishop’s Stortford to visit their new ground, named the ProKit UK Stadium. The ground is almost on the hard shoulder of the M11 and offers excellent views of Ryanair flights bringing home tourists from all over Europe. I learned two important things before heading to Bishop’s Stortford for this FA Trophy 1st Round Proper tie. Firstly, the town is not called Bishop Stortford, like Bishop Auckland.  Secondly, Bishop’s Stortford contains an apostrophe, like King’s Lynn but unlike St Neots. I thought this apostrophe matter needed further research.

At Liverpool Street, where I boarded the train for Bishop’s Stortford, the main departure board was clear about the presence of an apostrophe, but after boarding the train, the display in the train had no apostrophe. So, it was 1-1 in the Apostrophes vs The Not Apostrophes contest. As I looked at my train ticket, the Nots took a 2-1 lead. After that, it was a rout. Bishop’s Stortford station, the local paper, Holy Trinity Church and a shop put The Apostrophes into a comfortable 5-2 lead. Kwik Fit briefly offered hope for The Nots by not recognising the apostrophe, but that was the last comeback that The Nots managed.  The very posh Bishop’s Stortford College, a public school, obviously got it right, as did the local Working Man’s club.

On Friday afternoon, I toured BS (no BS, mate); in the evening, I enjoyed an excellent curry at The Ruby’s Indian Restaurant, situated conveniently opposite The Cock Inn. The only complaint about Ruby’s was the loud American who boomed that he always ate at the best restaurants in town as they had the most to lose if they let him down. The Cock Inn showed the England v Albania game, so I arrived with 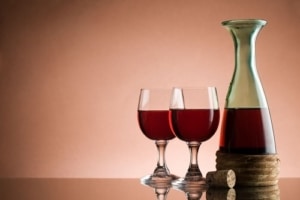 five minutes to spare and found a convenient spot to watch our heroes wreak havoc for 45 minutes. I met many lifelong friends during England’s 5-0 win. One told me that “Bishop’s Stortford (football team) were shit”, although he qualified it by adding, “compared to Spurs”. Another chap moaned throughout England’s barren second half. I’m not sure 15 goals would have satisfied him. “It’s a simple game”, he explained, while referring to the Albanians as “complete amateurs” on several occasions.

I wandered back to my room at a pub to the South of the town. Just as I was about to head to bed, I noticed the pub was still alive. A nightcap became two nightcaps by which time I found myself in a circle of customers, who were laughing a lot – and, probably at not very much. Next morning, I was up bright and early to visit the site of Bishop’s Stortford’s old ground. When I got to Rhodes Avenue, I can’t say that I recognised anything, although it was easy to work out the site of the old ground by the new houses. I walked back into the town centre for a hearty breakfast and then bought myself a ridiculously large piece of billionaire cookie dough cake from a market stall. I saved it for later, but not much later.

I made my way at lunchtime out of the town towards the M11 to reach the ProKit UK ground, which is on an industrial park, where it appears they replace any bits that fall off planes. Having been to Hashtag United, Aylesbury and Chipstead in the previous three rounds, there was polite applause as the teams came on the pitch, but several shouts of “Come on You Blues” and a shout “Get at ‘em, Blues” as Chipstead kicked off. For the first half an hour, Bishop’s Stortford looked the better team. They were stronger in the tackle, seldom troubled at the back and constantly looking threatening. Matt Kerbey, in the Chipstead goal, pulled off two or three saves to keep the scores level.

From 0-0, it quickly changed to 2-0. Firstly, Ryan Charles neatly laid off a left-wing cross from Sam Robbins for Darren Foxley to beat Kerbey in the Chipstead goal. A few minutes later, The Blues won a free kick just outside the penalty area. The kick was curled beautifully into the top corner by Jonny Giles (no, not that Johnny Giles) to make it 2-0. Chipstead couldn’t really complain about the score. Despite a couple of good breakaways, they had defended for much of the half.

Chipstead: not quite the comeback kings

In the previous round, Chipstead had bounced back in the second half against Whitehawk to win 2-1. This time, against tougher opposition, Chipstead could not quite get the all-important goal to get back into the game soon enough. The game became more even, with Chipstead gradually looking more likely to score as Bishop Stortford’s midfield and attack became less effective. Kieran Lavery, the hero of the Whitehawk game, pulled one back as stoppage time approached, but it was not enough to save the day even though a free-kick at the death gave them the opportunity to draw level. 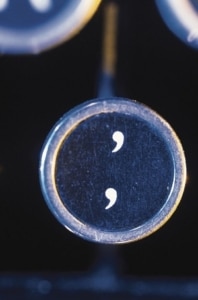 second occasion, the local corrected him. “You’re obviously not local”, he said to the groundhopper. Everyone here calls Bishop’s Stortford just “Stortford”. I resisted saying that I had been astutely counting The Apostrophes vs The Nots, but I was crestfallen. No one here even cares about the Bishoppy bit. I decided to keep the overall score of 9-4 to The Apostrophes to myself.

And so, it’s farewell to Chipstead. Rob Kember, the Chipstead manager, noted that it was the first time I hadn’t brought them luck but agreed that Stortford had a good side, even if Chipstead had had opportunities to do better. It’s also farewell to the players and supporters at Chipstead; they’re a first-class bunch and a credit to the club. Also, a mention for TS, who not only runs the social media and the 100 Club, but also retrieves footballs off the roof for kids as well as, I suspect, 101 other things at Chipstead. I started on this journey to not develop any affiliation with any team, but I’ve failed already. My journey continues with Bishop’s Stortford. “Allez The Blues”, as the Kop sings.