It’s the FA Trophy Final this weekend, but, first of all, do you remember Bjørge Lillelien? He is famous for the following: 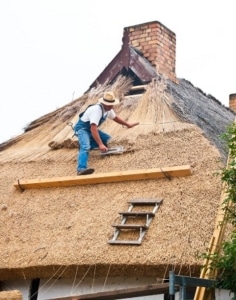 That was in 1981 after Norway beat England. 41 years later, can we expect the same after the FA Trophy final? If you’re under 50 years old and have never heard it or just need to remind yourself of this memorable occasion, it’s fantastic to hear – https://www.youtube.com/watch?v=PqZTP8-8wIs.

If Wrexham beat Bromley in the FA Trophy Final

I’m not saying there will be the same reaction when Wrexham play Bromley in the FA Trophy Final this weekend. However, if Wrexham win, there is an impressive list of sons and daughters of Bromley that could be used in a similar way to Bjørge’s memorable outpouring. How about this?

It’s a bit trickier if Bromley beat Wrexham, but what about this?

Curtain-raiser before the FA Trophy Final

My journey from Hashtag United to Wembley ends on Sunday. Before the FA Trophy Final, the FA Vase Final takes place between Littlehampton Town and Newport Pagnell Town. Neither of the combatants has featured in an FA Vase final before. It will be the 48th final of the competition; only five clubs have won it more than once. Whitley Bay hold that record with four wins between 2001 and 2011, including three consecutive years.

Stockport return to the Football League

Stockport County won the National League title by a six-point margin after their 2-0 victory over Halifax Town on Sunday. They return to the Football League after an eleven-year absence. Wrexham slipped up 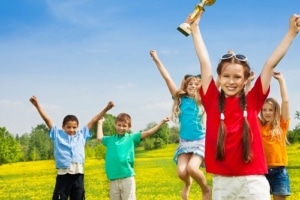 Only one club in the top ten levels of English football managed to remain undefeated over the whole league season – Hanworth Villa. The club topped the Cherry Red Combined Counties Premier Division, scoring 91 goals in 34 games. Their exit from the FA Vase was on penalties to Glebe, although in the FA Cup they did lose a game to Loxford. North Greenford United, however, scored 100 goals in the same division but finished fifth. Top scorers from the top ten levels were Torpoint Athletic, finding the onion bag 150 times as they topped the South West Peninsula League.

A reader of our column, Don from Hull, wrote in to tell us that he spotted  Fat Rophy in the Prospect Shopping Centre in Hull. 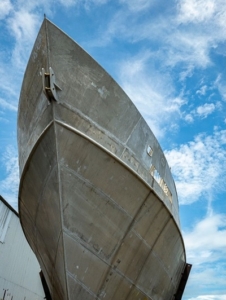 According to Don, there was a person of similar build to Fat Rophy, wearing an ill-fitting hooped top and shorts. As far as Don could tell, the person he spotted only three fingers on his right hand. Don claims he has won the Spot the Fat Rophy competition and claims his £10,000 prize. I think Don is mistaken. Fat Rophy doesn’t wear ill-fitting shirts or shorts. If you never seen a picture of Fat Rophy, just head to the main website – http://fatrophy.co.uk/fat-rophy-says/.

My seat at the FA Trophy Final

Two people have asked me whether I am sitting with the Wrexham fans or the Bromley fans on Sunday. Although I am a lapsed supporter of Bromley, I will be entirely neutral, particularly as I had such a great time in Wrexham. I will be sitting in the seats provided by the Wembley authorities for neutrals.

Silliest dialogue on my Wembley trail

Man in car: Can you tell me the way to Abenbury Road?

Me: Sorry, I’m not from around here.

Man in car: Do you think I should turn round and go this way?

Me: I’ve really no idea.

Woman in car (shouting from back): Tell him it’s near the industrial estate.

Man in car: It’s near the industrial estate if you know that.

Man in car: I’ll turn round and head back that way. I think I missed the turning. Thanks so much for your help. Appreciated.

Woman in car (shouting from back): Thank you very much.

I’ve just remembered it’s my last Head on the Block of the campaign when a sporting charity has the chance to gain a donation if my prediction proves to be wrong. I don’t want to show any favouritism for the FA Trophy finalists, so I’m putting my money where my mouth is with a prediction that Newport Pagnell Town will win the FA Vase. Frankly, I have no idea which team is the more likely to win. I’ll soon find out.

A review of the FA Trophy Final at Wembley before Fat Rophy has a summer break. See you all next week.