The semi-finals took me to The Racecourse Ground in Wrexham. Wrexham proved that the non-League invincibles, Stockport County, are vincible in the FA Trophy semi-final. Two weeks before Christmas, Stockport County lost 2-1 at Torquay United. They had played 21 League and FA Trophy games between that game and last Saturday, winning all but one, a 2-2 draw with Chesterfield. It took Wrexham until injury time to take the lead with a delicately chipped shot from Paul Mullin. The striker followed that up in the dying seconds to make it 2-0 with another neatly taken goal. Stockport will now re-focus on promotion to the Football League.

My visit to Wrexham meant that I had to extract the English version of every sign from the English and Welsh alternatives. Wrexham is easy enough to deal with; it’s Wrecsam in Welsh. But, many signs are far more curious. The road sign for Mold translates as Yr Wyddgrug. It looks nothing like Mold. I

have no idea how to pronounce Yr Wyddgrug; my best effort is ‘Ear Widdgrug’, but I kind of like it. I decided to visit Erddig Country Park, which is just outside Wrexham. “How do you pronounce Erddig”, I asked a local. “Err-dig”, he replied. Ask a stupid question and all that. While visiting Erddig Country Park, I saw a rabbit. “Welsh rarebit for lunch”, I thought. In town, I saw a sign that read ‘no drinking outside’, which translates to “dim yfed y tu allan”. Clearly, Allan likes fresh air when enjoying a pint.

Since the Wrexham v Stockport game, a couple of songs won’t go out of my head. Throughout the game, the Stockport faithful were in fine voice, reminding us that they are top of the league. However, their rendition of “You can stick your f*****g dragon up your arse” will not budge. I may need hypnosis as I can’t stop hearing it; it is starting to drag on. Travelling home after the game, I met a group of young Wrexham fans fuelled by a couple of celebratory post-match beers, I suspect. Their chants were mainly based around “Super-Wrexham”, “We hate Chester”, and a song about two-goal Paul Mullin, which reminds you that he plays in red and white and is dynamite. However, I liked the wittier “We stuck the f*****g dragon up their arse” chant. Childish, I know, but we should always encourage creativity in young people.

The usual post-match report (of sorts) is “subject to delay” this week (to use the words of most rail companies). We like to produce these reports promptly, but the Welsh Assembly requires us to provide the match report in both Welsh and English. The biggest problem is that the translator we hired only 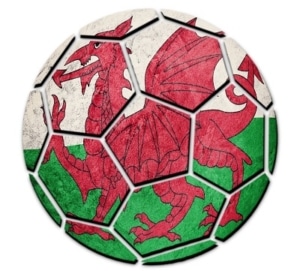 speaks Bulgarian and Welsh, so it’s a slow process. We are doing most of the translation from the original English version using sign language. As I am sure you will understand, this has caused an unavoidable delay for which we apologise. Right now, one of the team is using sign language with the Bulgarian-Welsh bilinguist to explain the song about sticking dragons in parts of the anatomy. It’s fascinating to watch.

With Wrexham kicking off at 12.30, The Dragons’ fans had to wait another two hours or so to find out their opponents at Wembley. York City took the lead at Bromley within two minutes. They then proceeded to miss some decent chances in the first half to increase their lead. Bromley had a couple more escapes in the second half but rattled in three goals, two by Michael Cheek, to seal their place at Wembley on 22nd May.

I promised more about wifi dogs in Wrexham in this week’s review. Sure enough, Jason Anonymous couldn’t contain himself and suggested that I was 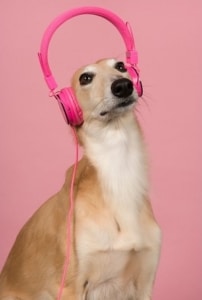 referring to Airwavedale dogs. Of course not, Jason, although I did advise that a rottweiler might cause a bite that megahurts. Anyhow, it’s time for the explanation. Well, I can vouch for the fact that there is a pub in Wrexham that has a sign outside proclaiming “Free wifi dogs welcome”. Presumably owners of wifi dogs that like a pint head there. If you want more details, drop us a line.

To the best of my knowledge, there are (or were) two pubs in the world where the owners know me by my first name. One is in the village where I live; the other is more surprisingly in Kuala Lumpur. However, at Wrexham, I increased this by 50%. Having met some locals in the Royal Oak in Wrexham and chatted about the upcoming game against Stockport, I got to meet the landlady, Stacy. Suffice to say, Friday evening ended with a hug from Stacy after being made so welcome. I also get this feeling that she wants a mention in the forthcoming book From Hashtag United to Wembley. After tapping with my bank card in her pub so many times, I can’t guarantee the Royal Oak will get as many mentions in the book as the number of transactions I later found on my bank statement. Great pub, Stacy.

At the top of the Southern League Premier South Division, there is a real battle for the one guaranteed promotion place. Taunton Town won 3-2 with a late goal to go top in the Somerset derby against Weston-super-Mare. The goal was onside, while many fans were probably on cider. It was a valuable win 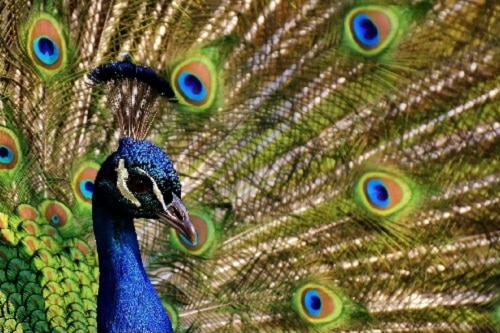 for The Peacocks. Can they strut to the title? A draw between Farnborough and Hayes & Yeading United allowed Taunton to leap to the top. After going one down, the Met Police, also battling for the top spot, could only pull one goal back against mid-table Harrow Borough. There were no penalties, but a win would have been daylight robbery. Three points separate the top four, with the competing clubs having three to five games left.

Head on the Block time

Supporters of York City might be disappointed by their defeat at Bromley after going ahead within two minutes. Kurt Willoughby’s excellent finish for York City may have been in vain as far as their Wembley aspirations are concerned, but it chipped in a tenner to this week’s charity donation in aid of Prostate Cancer UK. Wrexham’s two late goals chipped in another £20, while Bromley’s three second-half goals brought the total to £60.

I didn’t mind the man preaching the benefits of following the good Lord in a small square in Wrexham. As I approached him from behind, I noticed that he was waving a book, probably a bible, and constantly moving to the left and then to the right. As I got near to him, he unintentionally moved into my path. Trying to avoid his flailing arm and pronouncement about Jesus, I stepped sharply to the right. My action caused a woman to crash into me. “Stupid arse”, she said loud enough for many to hear. I wanted to know whether she was blaming the bible-bearing man or me. I’ll never know. The preaching man became vaguely aware of something happening behind him, smiled and patted me on the shoulder. It was time for The Royal Oak.