An impostor at an FA Cup game

There’s a lot of talk these days about impostor syndrome, but I have 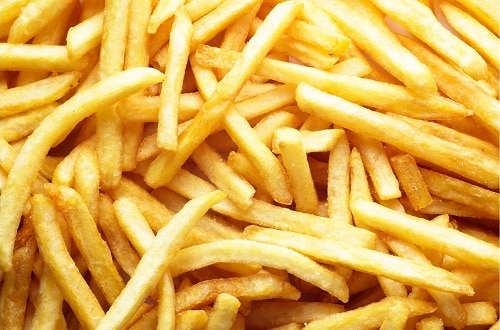 never felt that it applies to me previously. Curiously, I did feel a bit of an impostor at the Chipstead v Faversham Town FA Cup tie. This season I am following the FA Trophy, and for my first outing of the season, I watched an FA Cup tie.

I had my excuses. I wanted to do a practice run, and it wasn’t without coincidence that my FA Trophy trail was starting at Hashtag United, where the visitors would be Chipstead. My modus operandi for each game is to find out about the area, see the match and meet some of the people involved in the day, including players, officials, spectators or anyone else who happens to meet me.

Setting the bar too high

Near the station, there is a parade of shops, much like any other parade of shops. A pub, called the Smugglers Inn, sits opposite the shops; it wasn’t clear whether it was open or closed at 11.30 am. My eyes caught sight of a trendy-looking bar, called Raise The Bar, across the road. I imagined a bar selling craft ales at inflated prices, but  I felt it warranted further investigation. Disappointingly, I found that it was a gymnasium, offering ways to get fit. I passed by.

I next learnt that there is a gentleman called Mr Chips, who coincidentally sells fish and chips. At least, the website for this establishment is www.mrchipsfishandchips.com, so I am making a bit of an assumption, I guess. It would be nice if someone called Mr Chips had decided to set up a fish and chip shop as a kind of calling in his life. Having said, “Goodbye, Mr Chips”, I walked out of Woodmansterne towards Chipstead. Woodmansterne is pleasant enough, but you know when you leave Woodmansterne and enter Chipstead.

I passed the Midday Sun pub at noon. I couldn’t help thinking that the pub name was 50% appropriate as the drizzle started to make me damp. I stopped for a cup of tea near Chipstead Station to shelter from the rain before continuing. Midday is too early for a pint in the Midday Sun (and the midday sun, for that matter).

A mountain to climb

The main problem with walking along Chipstead Valley Road is that any deviation from the road means climbing a hill, a steep one, at that. I needed to get to High Road, the location of Chipstead’s ground. If you imagine a High Road having a McDonalds, WH Smiths and the like, think again. It is called High Road because it is much higher than the valley road. The walk from Chipstead Valley Road to High Road is windy, dangerous and steep with no pavements.

Thankfully, there is a good pub at the top, The White Hart. I no longer cared what time it was; I needed a pint after that hill. The residents on the hill enjoy views across an AONB, an area of natural beauty (not an area of no beer). You would suspect that if they clubbed together, they could have brought Messi to Chipstead FC.

Faversham on top at first

I arrived at Chipstead in good time to find an almost empty bar; the spectators appeared to arrive late. When the game started, there was a good atmosphere inside the ground. It was all Faversham. Their number 9, Roman Campbell, easily misheard as Roman Candle, gave the home defence difficulties.

In the first half, Faversham found the net three times, but each time, the referee disallowed the goal; the first of these looked the most questionable. I fully expected the second half to follow the same pattern, but gradually the game turned. Chipstead’s experienced no.4, Chris Boulter, tightened up the defence, and things were more even.

Late rally by The Chips

With ten minutes to go, it looked like a 0-0 draw. I overheard a Chipstead supporter wondering where Faversham was. For some reason, I unnecessarily left them to flounder around possible locations around the Kent and Essex coasts. They didn’t need to challenge their geographical knowledge as Chipstead rattled in three goals in the last eight minutes, the first being a deft header from Mr Boulter. If anyone in the crowd saw that coming, I certainly didn’t.

Looking at the scoreline, you would imagine that Chipstead moved smoothly into the First Round Qualifying. In reality, it was a close call. Good luck to Chipstead in the next round, although, sadly, I won’t be following the FA Cup trail in person, only in spirit. But, onward to Phoenix Sports, they go.

How it all started