When the draw for the 2nd Round Proper was made, I felt a sense of relief that Bishop’s Stortford were drawn at home and not away at Truro City, Plymouth Parkway or any other inaccessible place in the south of England. My reason: I would be on holiday with my wife near 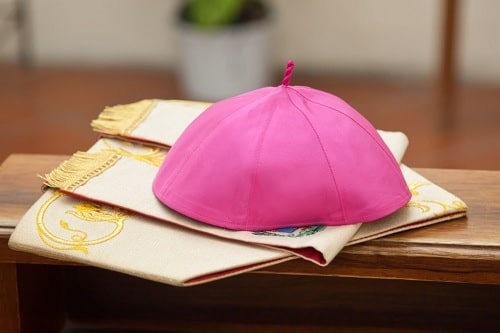 Rye in Sussex and Truro would have been just a little inconvenient and impossible as a day trip. I left Rye at 7.50 to pick up the high-speed train from Ashford International before crossing London to head towards Bishop’s Stortford. It was a surprisingly quick and easy journey that allowed me to eat sausages, bacon, and eggs in Bishop’s Stortford by 10.30. However, it was bitterly cold.

The first stop on the train from Rye was Ham Street. I wondered whether anyone travelling from Ham Street would be travelling to see West Ham. With this meat theme in my head, I started to think of teams with ‘ham’ in their name. I started well with Birmingham City, Gillingham and Nottingham Forest, but realised many more exist – Rotherham, Dagenham & Redbridge, Fulham, Wolverhampton Wanderers, Tottenham Hotspur, Southampton, Northampton Town, Cheltenham Town etc. – it was not really much of a challenge, although I wouldn’t fancy Oldham. So, what about other meats? That was more challenging. I struggled but came up with Port Veal, Kilmarnhock and Cowdenbeef. If you allow rhyming, Pork City works, although I have to confess Pork City sounds more like an all you can eat restaurant in the USA. There must be others. Any bright ideas?

Leiston is a small town in Suffolk, not far from Sizewell. Whereas I was pronouncing the town as lee-ston, it seems, if you trust the Bishop’s Stortford announcer, that you should pronounce it as lay-ston. Their supporters are a friendly bunch who, depending on your viewpoint, are either realists or pessimists; they were not overly optimistic before the kick-off. After ten minutes, it was easy to see why. They were 2-0 down to two headed goals from Frankie Merrifield, who was left in far too much space. Indeed, Merrifield could have completed a hat-trick moments after the second goal if he had converted a penalty. However, Leiston battled back and exerted some control for much of the second half of the first period. Their reward came when Adam Mills struck a shot sweetly from the edge of the box to make it 2-1. At half-time, with the hurricane behind Leiston in the second half, it looked reasonably even after Leiston’s disastrous start. At half-time, the travelling Leiston fans were not optimistic and, again, they were right.

Rains and coats and planes

The rain intensified just before half-time as it swept down the ground. Two jumpers and a coat barely kept me warm. In the morning, I saw 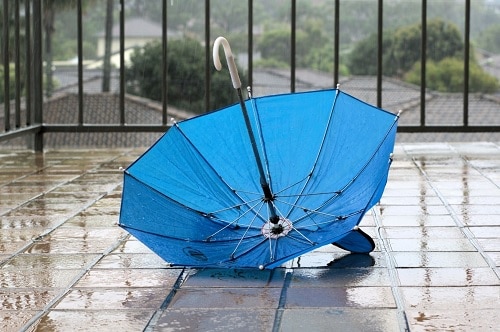 some kids leaving a park pitch after a game. One kid complained to his Dad, “you should see how cold it was on the pitch”. The unsympathetic Dad retorted, “not half as bad as standing here watching”. Mum came over, though, and made sure her son was well wrapped up. The swirling rain also made it a hairy experience for RyanAir passengers as three planes arriving at nearby Stansted Airport pulled out of landing and went back upwards. There was a weird weather phenomenon in the second half as the ball got held up by the wind, hovered and then went forward quickly as though caught in a vortex. The centre half coped well to get the ball back to his keeper.

Bishop’s Stortford back on top

Early in the second half, against the monsoon, Bishop’s Stortford added a third when Foxley scrambled the ball into the net as Leiston failed to clear a corner. As the game wore on, Leiston looked less likely to get back into the game again as Bishop’s Stortford kept a firm grip. A fourth looked certain as the home side hit one post, then the other, before a brave save kept them out. However, two goals in two minutes with ten minutes left put Bishop’s Stortford 5-1 up and removed any doubt about the outcome.

Hats off to Bishop’s Stortford

My taxi back to Bishop’s Stortford Station picked me up early as I started my journey back to Rye, giving me time for a quick pint in The Bridge House. Of course, it was more of a pragmatic decision, as it 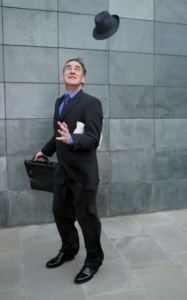 would have been cold standing on the station platform. I showed interest in the Brighton v Leeds game on television as I bought my pint. “Did you hear Arsenal lost 5-0 at home to Newcastle”, a prankster informed me. “Goodness me”, I replied. He laughed and said, “nah, it was 2-0 to The Arsenal, mate”. I gave what must have looked like a false laugh. I soon headed off to Bishop’s Stortford Station and had to overcome one more crisis. As I crossed the river, my hat blew off and into the road. Ten, maybe fifteen, cars went perilously close to ruining my hat, with one just clipping it with one tyre. Finally, there was a gap with a bus approaching. I nimbly (by my standards) leapt into the road to rescue my hat. So, it really was hats off to Bishop’s Stortford and time to return to Rye. I did think that if Newcastle had beaten Arsenal 5-0, I might have had to eat my hat. Anyhow, be assured, my hat will be ready for the 3rd Round Proper of the FA Trophy.