It’s Tuesday, and it’s what the non-League football world waits for – it’s the Tuesday Review. First, the Celtic clash!

This week’s FA Trophy draw has thrown together Farsley Celtic and Stalybridge Celtic. What are the chances of that? Though it’s less remarkable, it doesn’t end there. Hanwell Town face Enfield Town, 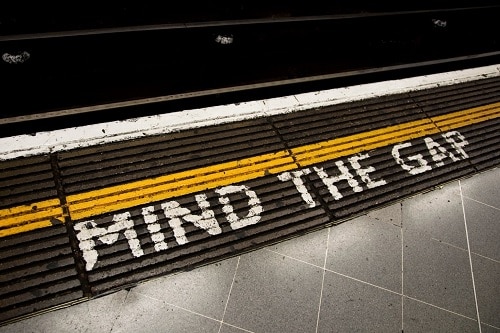 Plymouth Parkway face the team with the longest name

Felixstowe & Walton United and Hampton & Richmond Borough share the longest names in the 2nd Round of the FA Trophy this weekend; both, of course, have ampersands. Hampton & Richmond Borough recently came back from the West Country with a League win over Bath City, a team with an unusually short name. Borough’s 2nd Round tie takes them deeper into the West Country to face Plymouth Parkway, a team competing in the FA Trophy for the first time. Plymouth Parkway have chalked up three wins – away to Highworth Town (5-3) and then home to Merthyr Town (1-0) and, impressively, Salisbury (4-0). My comment about Plymouth Parkway sounding more like a railway station sparked a comment, which read, “Dear Sir, Regarding your comment about Plymouth Parkway sounding like a station….we will try not to hit the buffers or go off the rails against Borough”. I think Parkway might need to mind the gap when facing their National South opponents this weekend.

I don’t know if there is a scrawny reader of this weekly newsletter who supports Cray Wanderers. Also, I don’t know if the moderator of the Bishop’s Stortford forum forbids short posts. Furthermore, I can’t be sure if someone who supports Liversedge believes that greed lives. But, what are the chances of a Tonbridge Angels supporter indulging in baronet sledging while producing a goldener basting never mind a trebled noggins while aborting legends of the bagel grindstone and berating dongles? The FA Trophy brings up the finest anagrams.

Last week, I promised to predict a win for a team in this week’s FA Trophy 2nd Round Proper against a higher-placed team. As a result of this, as I’ve already identified the Farsley Celtic v Stalybridge Celtic to be a big clash, this is going to be the game I have picked. I am backing Stalybridge Celtic from Northern Premier League Premier Division to beat their superior opponents from the National League South – and, not only that, away from home! As usual, if Farsley Celtic win, a sporting charity will gain £10 for each goal by which they win.

In the 2nd Round Proper draw, I noticed that Football Association shows Bradford Park Avenue as Bradford (Park Avenue) on their website. As a result, I needed to investigate if Bradford Park Avenue had parentheses in their Football League days. Well, no they didn’t; maybe, it is a non-League thing. I have to confess that I never considered parentheses as possible punctuation marks that appear in a team’s name. Of course, then I think of Newport (IOW) and Ashford Town (Middlesex). I suspect there are many more. What will happen next? I’m just waiting for Justin Anonymous to debate brackets, parentheses, square brackets and round brackets. Fat Rophy will be ready.

Although I’ve not followed the FA Vase closely, two ties caught my eye in this week’s draw. Firstly, Coventry Sphinx face Coventry United in the 3rd Round Proper, a proper local derby. Secondly, I couldn’t help noticing that London Lions face New Salamis. I am curious about New Salamis, but I suspect their meat-eating opponents will try to make it a fair game. On a final note, if Derby Sphinx met Derby United, would it be a Derby-Derby derby?