It’s Tuesday, and it’s what the non-League football world waits for – it’s the Tuesday Review.

Head on the Block Too Easy

Yes, I know. When I put my head block with my one prediction for each round, I can choose from many games. Last weekend, I picked an away win, and Enfield Town duly left Biggleswade Town with a 2-1 win and a place in the next round. “Too easy”, I hear you shout. Consequently, I will pick a team either lower in the table than their opponents or from a lower division. For the 2nd Round Proper of the FA Trophy, my head will be well and truly on the block next 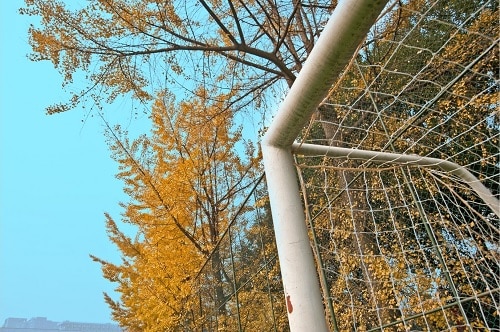 week. That gives charities a much better chance of gaining from my mistakes.

The draw for the 2nd Round Proper took place yesterday. This included teams from the National League North and South for the first time this season. Southport and Darlington, two famous old League sides, will be contesting a 3rd Round spot, while more recent Football League teams, Hereford and Kidderminster Harriers, came out the hat together.

The game of FA Trophy 1st Proper Round was arguably the tie between Marine at home to Dunston, a team from Gateshead. The full name of Dunston is Dunston UTS, who seem to be their sponsors. However, I think I prefer to think of them as Dunsto Nuts. In front of the round’s largest crowd of 1202, Marine were leading with two second-half goals by 2-0 with 15 minutes left. Dunston hit back, though, with two late goals, meaning that the lottery of penalties would decide the tie. Marine bounced back to win 5-4 on spot-kicks, which takes them to Bradford Park Avenue in the next round.

Stalybridge Celtic went one better than Marine. Having conceded three goals in the 73rd, 74th and 79th minutes to Bootle, Stalybridge struck back with two late goals to make it 3-3 and then finished off the job by winning 5-3 on penalties. Their next adventure in the competition will take place at Farsley Celtic in a clash of the Celtics, a sort of New Firm game. It’s almost a contest between teams from Leeds and Manchester, but Stalybridge Celtic would probably dispute any connection to Manchester.

Back to Stortford for me

I’ll be heading back to Bishop’s Stortford. After beating Chipstead 2-1 in the 1st Round, they will entertain Leiston on Saturday 27th. I am also a little wiser now, knowing that the locals refer to Bishop’s Stortford as Stortford. No BS in BS. Leiston are currently riding high in the Southern Premier Central Division; it should be a closely-fought tie. If Leiston win and get a home draw, I will be cursing Dr Beeching as a bus from Saxmundham or Ipswich looks like an unattractive prospect. Still, Sizewell Beach is down the road from Leiston, so some December sunbathing may take place.

The upcoming tie between Bishop’s Stortford and Leiston may confuse the players if anyone in the crowd shouts “Come on, you Blues”. Both teams are nicknamed The Blues, although Bishop’s Stortford often use a Gallic twist of ‘Allez Les Bleus’. Well, they are near Stansted Airport. Perhaps, they are more European than other places.

A tale of two cities

The only two cities drawn against each other are Oxford City who play St Albans City. St Albans is always a good answer on Pointless, I find. You could, however, argue that Marske United would be better alongside Dusty Bin with Ted Rogers. Indeed, against FC United of Manchester on Saturday, it was 3-2 won. I think it’s time to go.