310 clubs will be hoping to make it to Wembley in this year’s FA Trophy. Sadly, 19 of those will have their hopes dashed by Sunday evening as 38 teams will be competing in the First Round Qualifying 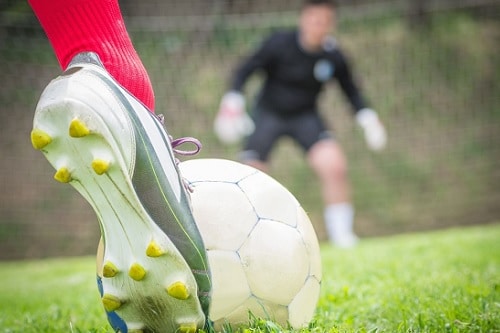 But let’s take a look at the other 18 ties. First out of the hat was Pontefract Collieries v Yorkshire Amateur, two Northern Premier League East Divison teams. On the early-season form, you would expect Yorkshire Amateur to win, but you wonder if Pontefract can dig in and come up with a win. Their reward would be a tie at Kendal, from which they will be hoping to make a mint.

Widnes is a town more associated with Rugby League, perhaps, but they will have to raise their game to fend off the challenge of Brighouse Town. These are two North Premier League sides where East meets West, at least in terms of divisions.

The grandly named City of Liverpool take on Stockton Town. It sounds like a David and Goliath game, but it should be close as both sides have had average starts. It’s almost a 300-mile round trip for the Teessiders, but at least they will have a home tie as a reward if they get through.

Worksop Town’s visit up to Gateshead to play Dunston should be another close encounter in the last of the northern games.

A crow, capable of flying 144 miles, could set off due West from Dereham Town and find their way to Sporting Khalsa’s ground. Dereham Town have started well in the Isthmian North Division and will hope to get through to a Second Qualifying round tie with Loughborough Dynamo.

Stamford AFC will be hoping to stamp their authority on Daventry Town, having started the season better than their visitors; both teams come from the North Premier League Midlands Division.

If geography is not your strong point, you might be wondering about where Kempston Rovers and Newcastle Town will meeting on Saturday. The visitors will not be coming from Tyneside; they are from Newcastle-under-Lyme near Stoke. The hosts are Bedford Town’s real local rivals as they come from Bedford. I remember seeing a mileage road sign near Stoke many years ago, which read Stoke 2 Newcastle 5. A Geordie (I assume) had written on the sign in felt-tip pen “If Only”. This witticism was penned in the days when Stoke were unbeatable at home.

Moving to the South Coast, Hastings United entertain AFC Dunstable. Put your money on extra time for this one.

Meanwhile, Hythe Town will not only have to negotiate Welwyn Garden City’s five hundred roundabouts, but will need to perform well enough to earn the green light for a tie against Ashford Town (Middlesex) in the next round.

Sutton Common Rovers, who appeared on television against Jersey Bulls (the team, not the animals) in the FA Cup last week, travel to the seaside to face Ramsgate. They don’t down glasses of Taylors after the game at Ramsgate. If you thought that, you would be confusing Ramsgate with Hythe where they are known to have sank port (cinque port, get it?).

Go north or east from Great Wakering Rovers and you will end up in marshland. Whether GWR get bogged down at Stowmarket remains to be seen, but a home victory may be on the cards there, I fancy.

Just up the road from Great Wakering Rovers, or more accurately, just across the marsh, you can find Corinthian, who will be entertaining Grays Athletic. The reward for the winners is a home game against Brentwood.

Canvey Island and Coggeshall Town, both from the Isthmian North Division, lock horns with the chance to travel to Ware in the next round. You more likely, I suspect, to wonder where Coggeshall is than where Ware is.

Ashford United take on Chalfont St Peter AFC; the home side are likely to start favourites, while Whitstable could travel by boat to Chichester Harbour before their tie against Chichester City, one of two City teams in this round of the competition.

Willand Rovers from Devon will be travelling up the M5 and M4 to face Wantage Town. Actually, they could go via the A303 and A338 or, of course, go further up the M5 and head down the A40. Whatever they do, Willand Rovers will be hoping to have a clear route to face Mangotsfield United. Mangotsfield being close to the junction of the M4 and M5 will be wondering which they are heading.

Finally, Winchester City, the other City team in the draw, will be travelling to Thame United. Expect penalties to decide this one, although don’t expect a tame encounter.

This review, of course, leaves the Hashtag United v Chipstead tie that I will be attending. It’s the only game on Sunday for this round; more will follow on this big tie (for the players and me, at least) later in the week. Follow me on Twitter to get involved.