After 65 minutes last Saturday, Dover Athletic, the bottom club of the National League on minus 4 points, were winning 5-2 at third-placed Wrexham. A hat-trick by Michael Gyasi scored in 12-minutes in the second half looked sure to give Dover Athletic their first away win of the season and double their points on the road for the season. Ollie Palmer pulled two goals back for the Dragons, but as the game went into stoppage time, it looked like a 5-4 win for Dover 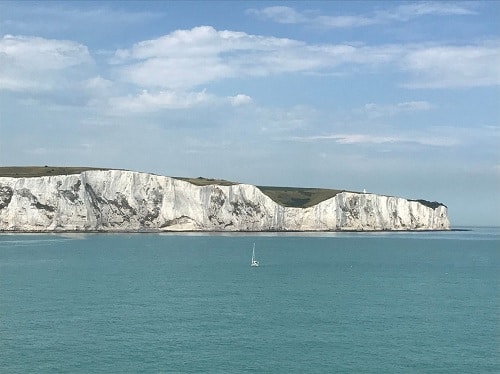 Athletic. Then, sensationally, Jordan Davies stepped in to score two goals in added time to make it 6-5. Wrexham v Stockport County should be an exciting game this weekend.

Can York walk the walk?

York City are the only side outside the National League in this year’s FA Trophy semi-finals. In fact, it is five years since three or more sides have taken the four semi-final spots in the competition. The last occasion was in the 2016-17 season when York City won the FA Trophy, beating Lincoln City in the semi-finals and Macclesfield Town in the final by a 3-2 margin. This year, York City head south to Bromley, the team that lost the 2018-19 final to Brackley Town on penalties. Bromley have failed to win any of their last six league games, although they beat Solihull Moors in the FA Trophy Quarter-Finals by a 3-1 scoreline. The Minstermen plan to bring a big following to Bromley to support their team.

My route to Wrexham

Getting to Wrexham appears to be the most challenging so far. After getting a train to London and taking the tube to Euston, there are two further changes in Birmingham and Shrewsbury. Alternatively, I can head to Crewe and change at Chester. However, I am looking forward to my day’s tourism in Wrexham on Friday before the big game at lunchtime on Saturday.

Although Wales has some fantastic scenery, I get the feeling that Wrexham is not among its beauty spots. I visited the gonorthwales.co.uk website, which offers advice to tourists heading for Wrexham. The website information starts encouragingly. It begins: “Wrexham is the largest town in North Wales and is situated between the Welsh mountains and the lower Dee valley alongside the border with England”. That sounds nice. It then explains how easy it is to see so much by leaving Wrexham. It continues, “ Within twenty minutes travel, you can lose yourself in the Welsh hills”. Still, on foot, I can visit the Wrexham County Borough Museum, drink Wrexham Lager, purported to be Britain’s oldest lager, visit Minera Country Park & Ironworks or Bonc yr Hafod. If I try asking for directions to Bonc yr Hafod; I am sure no one will understand me. I’ve no idea what Bonc yr Hafod is either.

On a positive note, my quest for a decent curry in Wrexham will not be problematic, so it seems. The Indian restaurant nearest to the station and the football ground is the highly-rated Ijazz restaurant, a strange name, but that’s not a problem. Curry On The Go is an alternative option, but I would rather sit down and enjoy my curry. Aroma, also highly recommended, is a bit further out of the town centre. Aroma’s logo has the letters A, R, M, A spelt out in 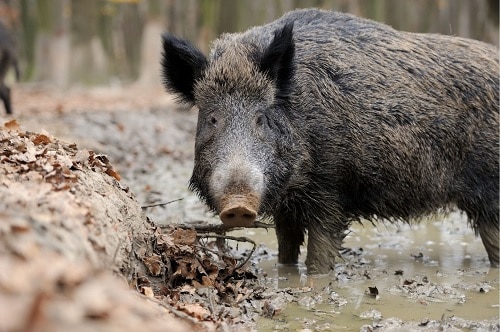 If you Google ‘best pub in Wrexham’, the pleasant-looking Raven Inn pops up at the top of the list. Sadly, the pub is just over four hours’ walk from Wrexham General Station in a village called Llanarmon-yn-lal. Try saying that after you’ve had a few too many. In the town centre, I’ll certainly be investigating the Royal Oak which claims to have wi-fi dogs; I will report back on that next week. However, all is not lost. Someone kindly wrote a blog about Wrexham pubs, and the one to head for is apparently The Fat Boar. Yes, yes, yes. I know what you’re thinking.

Last week, I promised you exclusive interviews. I can assure you that these two interviews are only available on fatrophy.co.uk. The first is a chap called Ray I meet on my morning dog walk. I asked Ray what he thought about the likely outcome of Wrexham v Stockport. “No idea”, he replied and walked off. I also asked our postman what he thought. “I don’t follow football”, he replied as he placed flyers for pizzas, estate agents and a brightly-coloured envelope offering me a chance to win £250,000 TODAY!!! Not much info, but they are exclusive interviews, only available here. By the way, Ray doesn’t have a wi-fi dog.

There are only two games to choose from at the semi-final stage. Obviously. Therefore, rather than pick a winner and make a charitable donation if I am wrong, there is something different this time. The day after the Wrexham-Stockport County game, a good friend is doing the London Landmarks Half Marathon. He is raising money for Prostate Cancer, having benefited recently from cancer treatment. So, FATrophyHound is donating £10 per goal scored by each semi-finalist, plus £2 for each penalty scored in the event of a penalty shoot-out. If you want to make a small donation (or a large one), here’s a link. By the way, this chap is 75, which is coincidentally the minimum number of pints he used to drink each month. Your support would be appreciated.

On Thursday, I set off for Wales in preparation for Saturday’s big game between Wrexham and Stockport County in the FA Trophy Semi-Final. It will be 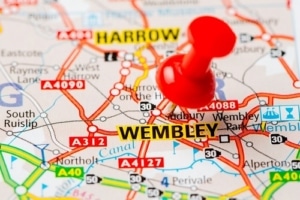 the ninth ground I have visited on my trail from Hashtag United to Wembley. So far, the grounds on my list are Hashtag United (ground-sharing at Bowes & Pitsea), Aylesbury United (ground-sharing at Chesham United), Chipstead, Bishop’s Stortford, Cheshunt, St Albans, Stockport County and Needham Market. Bishop’s Stortford is the only ground that I have visited twice. All I know is that my trail ends on Sunday 22 May at Wembley.

By this time next week, we will know the two teams competing for the FA Trophy in May. I’ll miss the draw on Monday afternoon on Talksport 2, but I will duck the question of which two teams will be competing. However, I can assure you that both teams will have an R in their name.