One of the 16 ties in the 4th Round Proper of the FA Trophy is jumping out at me out. It’s the game between Stourbridge and Guiseley. Why? It’s the only tie between teams from towns, neither of which I have visited. If I am honest, I am not sure I could get in my car and drive to either town without the aid of the satnav. Before cheating, I’d have guessed that Stourbridge is somewhere off the M5 between Birmingham and Bristol – nearish to Worcester, 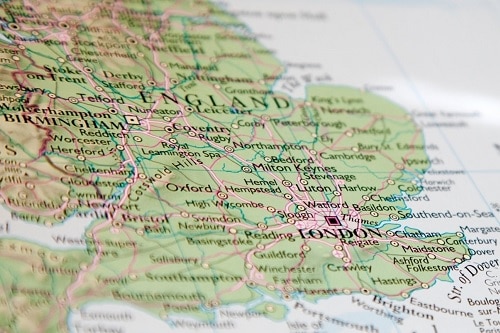 perhaps – and Guiseley is in Lancashire. Perhaps, near Preston. Well, having upset the supporters of these two clubs, I now know that Stourbridge is almost due west of Birmingham (I’ll give myself 4 out of 10 for that), and Guiseley is north-west of Leeds halfway to Ilkley (I’ll give myself 2 out of 10 for that). However, I know where Ilkley is. I also know a hat is unnecessary in Ilkley.

Geography lessons aside, this should be an even contest. Stourbridge are mid-table in the Southern League Premier Division, while Guiseley are in the lower third of the National League South. Guiseley are the lowest scorers with 12 goals from 17 games in their division, but they come up against a defence conceding 45 goals in 21 games. Something has got to give, as they say. I have a feeling that Stourbridge will sneak a one-goal win.

FA Trophy – places I have visited

Unlike the Stourbridge encounter, eleven ties have teams from towns where I have visited the towns of both teams. Morpeth Town and Boston United are both fairly recent visits for me as is Southport v Solihull Moors. I’ve also been to Yeovil and Needham Market in recent years. Needham Market, managed by former Man City stalwart, Kevin Horlock, will be hoping to take his side even further in the FA Trophy, having already reached a new landmark in the competition. Wrexham v Folkestone Invicta just about qualifies as I remember having a dodgy curry in Wrexham when I was attending a conference a few miles from Wrexham many years ago. The tie that intrigues me most is Spennymoor Town v Plymouth Parkway. There are several reasons. It almost falls into the same category as Stourbridge v Guiseley, but I did visit Plymouth as a child. My only memory of Plymouth is that it rained non-stop. However, the real intrigue for me is that Plymouth Parkway are the second lowest-placed club left in the FA Trophy, but not only that, they have to travel almost 400 miles. And, no, I’ve never been to Spennymoor.

One place below Plymouth Parkway in the Southern League Division One South is Larkhall Athletic, the biggest (or, rather, the smallest) minnow left in the FA Trophy. They have a tough trip to Stockport County, who are currently eighth in the National League. That will be a tough gig, but it would be great to see Larkhall Athletic get a good result. Good luck to them. If Larkhall Athletic want to wind up their opponents, just refer to Stockport as a suburb of Manchester. Believe me, I’m speaking from first-hand knowledge on this one.

Head on the block time

As usual, it’s time to make an FA Trophy prediction, except this time, I have to make two predictions as last round one did not take place due to Covid. As usual, I will be backing the underdog, so I’m putting my faith in Tonbridge Angels from the National South this week to surprise National League’s King’s 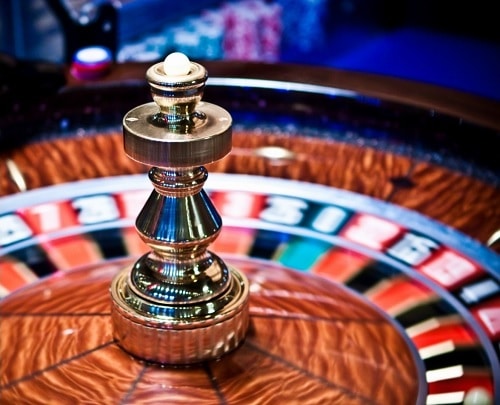 Lynn. For my second head on the block prediction, I am going for Southport from the National North to surprise high-flying Solihull Moors of the National League. As usual, a tenner per goal will be heading to a sports charity for each game if my teams lose. By the way, I will not be checking if everyone uses an apostrophe in King’s Lynn or whether the locals refer to King’s Lynn as Lynn.

It might surprise some people to know that Fat Rophy was not included in the Queen’s New Year’s Honours List. I can exclusively reveal that Mr Rophy was disappointed not to receive a knighthood, but would have accepted an MBE. I gather Mr Rophy has been in touch with Buck Palace to see if there has been a mistake. Unkindly, someone did suggest that MBE might stand for More Boring Eccentricities, but Mr Rophy is used to ignoring such comments. Mr Rophy is 89.

FA Cup: no kidding, not boring, spirited Spireites and taking the gloves off

All four non-League sides that contested ties in the 3rd Round of the FA Cup performed marvellously. Kidderminster Harriers came back from a goal down to defeat Championship side, Reading, while Boreham Wood beat League One’s AFC Wimbledon by a 2-0 margin. Chesterfield and Yeovil suffered noble defeats. Chesterfield were delighted to score at Stamford Bridge, despite their 5-1 defeat to the European Champions, while Yeovil Town fought hard but lost 3-1 to AFC Bournemouth, mainly due to a hat-trick by the Danish player, Emiliano Marcondes.

Off to St Albans v Cheshunt

So, the next step in my trail from Hashtag United to Wembley takes me to St Albans. It will be my fourth consecutive game in Hertfordshire, but I’m still looking forward to exploring St Albans on Friday and making my way to St Albans’ Clarence Park ground on Saturday. I will hopefully also get to see the National League South’s leading scorer, Shaun Jeffers, who has been in great form this season for St Albans. Jeffers started life at Coventry City and has played for several non-League clubs, joining St Albans from Chelmsford City last season. As for Cheshunt, they are riding high in the Isthmian Premier. Having beaten Bishop’s Stortford in the previous round, they will be looking to take another Hertfordshire scalp. If I’m honest, I’m hoping the winners get a tie outside of Hertfordshire in the 5th Round!