After Cheshunt’s outstanding 3-0 win at St Albans in the 4th Round of the FA Trophy, my Wembley trail took me (and over 200 Cheshunt fans) to Stockport. The Cheshunt fans chanted “Hertfordshire is wonderful” several times, but if I’m honest and with no disrespect to the good citizens of Hertfordshire, I was pleased to get further afield. The last four rounds had taken me to Bishop’s Stortford (twice), Cheshunt and St Albans; it was time to escape the Hertfordshire Triangle, regardless of how wonderful it was.

As usual, I headed off on Friday to explore Stockport. Catching the 12.20 train from Euston meant that I would have plenty of time for exploration. Before the train had reached 10 mph, the conductor worried me. “You can buy snacks and drinks from Coach C”, he explained. He continued, “There is no trolley service on this train as all our staff are inactive”. The word “inactive” caught my attention. I hope the driver is at least a bit active. The journey passed 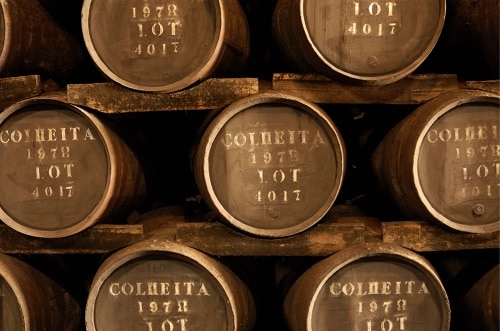 quickly, although the never-ending discussion from the seat behind me about Prince Charles having Covid went on far too long. After arriving at Stockport Station, I crossed the road to check in to The Holiday Inn Express, where I stayed for two nights. I dumped my bags and left to check out Stockport County’s Edgeley Park ground and to have a look for the highspots of Stockport.

Know what I mean?

Stockport County’s ground is impressive for a non-League club. The entrance, the ground, the whole infrastructure is League One or League Two, at worst, in terms of standards. The experience for the Cheshunt players and fans would be a justified treat after their heroics at neighbours, St Albans. A poster advertising a dinner at Edgeley Park with Frank Bruno as the guest speaker caught my eye. £60 to see Frank Bruno felt like a punch below the belt; I’m not sure I would want to hear Bruno say, “Know what I mean, Harry” for £60. I would have to wait and see whether Cheshunt could deliver a knock-out blow this weekend. I did know that a committed side like Cheshunt wouldn’t be south poor. (OK, I’ll stop punning away now).

Two young lads joined me in peering through a gap in the fence to get a good view of Stockport’s ground. I chatted to them; they were impressed by the ground and asked when the next game was. I think I gave them a longer answer than they hoped. “Cheers, brother”, said one, as they walked away. I looked at the lad hard, but there was no way he could be my long-lost brother. It would have meant my mother having a child I didn’t know about when she was in her 60s or 70s. I dismissed the idea.

The hotspots of Stockport

I wandered towards the town centre. I seem to notice tattoo parlours on my FA Trophy travels. The one I spotted in town was the Hand of Hope Tattoo. Not that I have ever fancied a tattoo, I would want a hand that offers more than hope if I did decide to have a tattoo. I found the Stockport market area and went into Produce Hall. The hall has a selection of outlets selling eats and drinks of many types. It felt as though I had walked into one of the tasks from The Apprentice as a young lady tried to entice me to buy tacos. “Mixed tacos are the same price”, she offered. I was not sure what they were the same price as. I bought a beer, which was overpriced, but OK. On Friday night, I sampled a couple more pubs, had something to eat before having my free Gold Card member drink in the Holiday Inn Express. The hotel was full of Manchester United fans, assembling for their game against Southampton on Saturday lunchtime. Many seemed to be Irish. I suspect the manager was hoping his Guinness supplies would last.

Saturday came, and it was time for the real purpose of my trip. I met my friend, Chris, who had crossed the Pennines to join me. After a quick pint in The Armoury, we rejected the offerings of The Jolly Crofter. I can only assume the jolly crofter died years ago as it had a gloomy feel about it. We ended up in 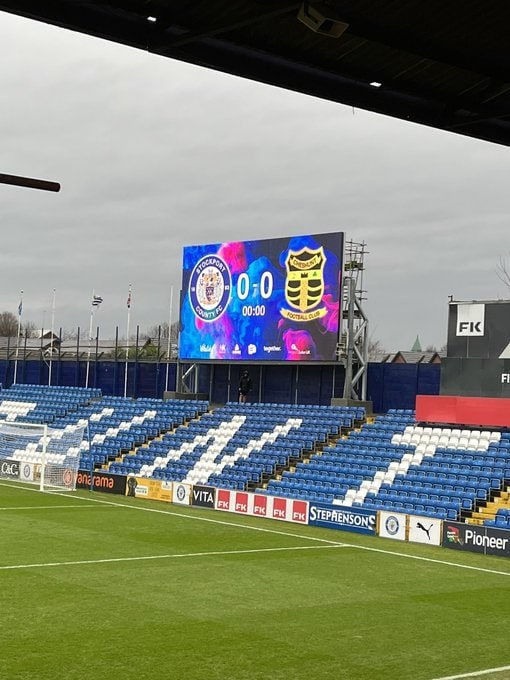 The Prince Albert, a busy pub where Stockport and Cheshunt mixed amicably. A Stockport fan told me that Stockport County is famous for three things – firstly, the biggest Football League win ever – 13-0 v Halifax after being  2-0 at half-time (possibly). Secondly, the lowest crowd ever for a Football League game – 13 (a complicated explanation went with this) and the longest game ever (I’m not sure why). I quite liked the fact that the football club that plays nearest to the Mersey is Stockport, not Liverpool or Everton.

Upon arriving at the ground, it was impossible to miss the noise coming from the travelling Cheshunt fans. “They can’t possibly keep that noise up”, I suggested to Chris. I was wrong. Very wrong. Cheshunt started well. A couple of half-chances came their way, but they were far from overawed by their

National League-topping opponents. Rowan Liburd, Cheshunt’s tall number 9, unsettled the home defence and had a shot well saved by Ross in the County goal as early as the third minute. County’s right back and captain, Sam Minihan caused Cheshunt problems down the left flank with good runs and dangerous crosses. However, Cheshunt gradually tightened up this means of attack by Stockport. After 15 minutes, Liburd brought a good save from Ross as he latched on to a loose pass and ran strongly at the home defence.

Cheshunt hold their own

A shot on the turn by the dangerous Connor Jennings hit the outside of Cheshunt’s post after 20 minutes, and soon afterwards, Jennings forced a good save from George Marsh, who kept tidily throughout. The latter period of the first half remained even, although Marsh made another good save from Myles Hippolyte just before half-time. Reece Beckles-Richards shot on the turn after Liburd’s pressure almost gave the visitors the lead, but to be fair, 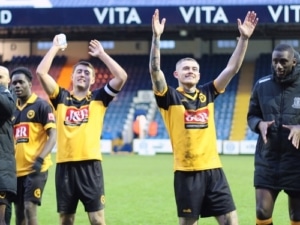 Cheshunt beaten but rightly proud of their performance at the end

Cheshunt fully deserved to go in at the break all square.

A single goal from Stockport sees off The Ambers

The second half started similarly, but Stockport began to exert more pressure around the hour mark. Soon after Cheshunt’s Adam Crowther stopped a shot on the line, Whitfield found Hippolyte with just enough space in the box to slot the ball past Marsh to give Stockport a 1-0 lead. Stockport kept up the pressure, but Cheshunt weathered the rest of the storm. Cheshunt did not give up. With ten minutes left, Ethan Ross in Stockport’s goal headed a long ball away, but a few minutes later, he was sent off as he prevented a goalscoring opportunity by handling outside his area. The resultant free-kick from Liburd just cleared the bar. Stockport clung on in the dying minutes as Cheshunt looked to take the game to penalties, but ran out of time.

It was a fine performance by the Isthmian side. It’s almost unfair to pick out individuals, but Adam Crowther and Tom Gardiner at the back were solid throughout, while Joe Re ran and ran in midfield. However, everyone gave an excellent account of themselves. As for the Cheshunt’s twelfth man, the travelling fans, they deserve great credit. For Stockport County, captain Sam Minihan stood out as did striker Connor Jennings. However, keep an eye out for 16-year old, Cody Johnson, who was outstanding in midfield. Afterwards, Stockport County kindly provided a lounge where players, management and supporters could enjoy the rest of their day. I managed to gatecrash this event before finding a better-than-average curry in Stockport. A memorable day.