It’s the Tuesday Review, and this week it’s time to look back at last weekend’s FA Trophy games and look forward to the FA Cup 1st Round Proper.

The Chips aren’t down

I had a busy weekend watching Chipstead take on Whitehawk on the Wembley trail. Once again, I brought Chipstead success (actually, Kieran Lavery had more to do with it than me) as they came from behind to beat Whitehawk 2-1 with a late penalty. The win takes Chipstead and me to Bishop’s Stortford in the next round. See report here

Big wins in the FA Trophy

In other FA Trophy games, it was the end of the road for six-hitting, Sporting Khalsa, as they found Rushall Olympic too strong, losing 4-1 at home. Marske United travelled down the coast to Bridlington and sailed home, though not literally, I suspect, by a massive 7-0 margin. Kingstonian almost won as convincingly when they travelled to East Thurrock United and won 6-0.  Larkhall Athletic recorded a big away win at Paulton Rovers; this time, the margin was 5-1 in this Somerset derby. I’ve always wondered if two teams from Derby met, whether it would be called a Derby derby. Anyhow, that is a can of worms as there are different views on the origins of derby.

This weekend is the FA Cup 1st Round Proper weekend. I have also wondered why it’s ‘Proper’; are the previous rounds improper? Wikipedia, that trusted source, which settles all pub disputes, is not particularly helpful in explaining the term ‘Proper’. It says: “The next six rounds are the “proper” rounds where all clubs are in one draw”. Well, that’s cleared that up.

This week’s FA Cup ties include Yate Town vs Yeovil Town. Yate Town conquered Dover Athletic in the last round to set up this tie. 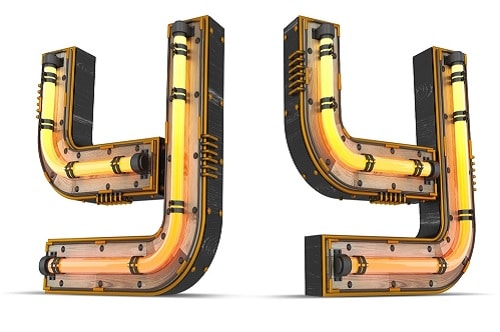 Extraordinarily, it is the first time in the entire history of the FA Cup that two teams beginning with Y have met; this includes all the qualifying rounds. All tickets are already sold for this game, so you can’t just turn up to witness this event. I wonder how many are going to the game due to this curiosity.

The 1st Round kicks off on Friday when AFC Sudbury take on mighty Colchester United. Banbury United play Barrow at 5.15 pm on Saturday. I’m still thumbing through the record books to see if it is the first that two teams beginning with Ba have kicked off an FA Cup game at 7.15 pm. I just know that someone from Barnstaple or Badshot Lea will be writing to me soon. By the way, isn’t Badshot Lea a stupid name for a football team?

My prediction for last week’s games was that Folkestone Invicta would beat Hendon. Well, I was absolutely right on this occasion, although I was lucky not to predict that Bridlington would beat Marske United as I would be £70 worse off. As it happened, I sponsored the fans of Aylesbury United in a modest way for their efforts to raise money when a team of supporters walked from Aylesbury to Dunstable, a 16-mile hike. You can donate here, if you wish, to support their magnificent effort. Their walk was part of the campaign to bring the club back to Aylesbury after 15 years while supporting a great cause. Also, credit to AFC Dunstable, who reduced the entrance fee for the Aylesbury supporters on the walk.